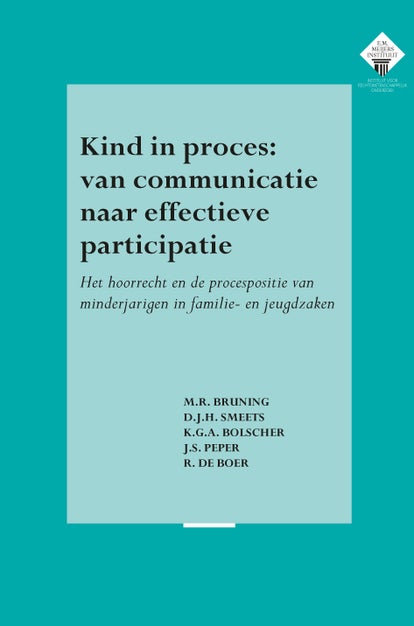 THE DIVISION OF PROPERTY BETWEEN UNMARRIED COHABITEES 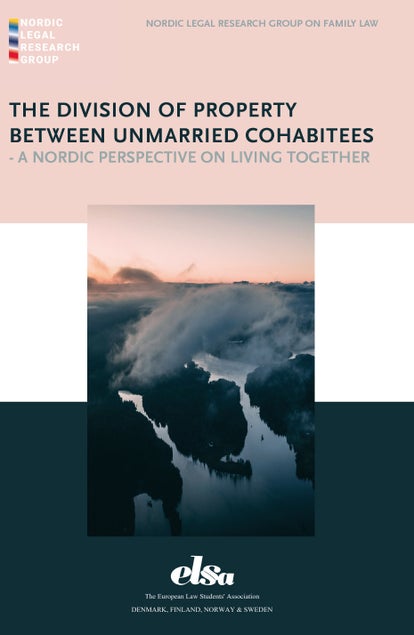 THE DIVISION OF PROPERTY BETWEEN UNMARRIED COHABITEES

A Nordic perspective on living together

This quadruple report provides comprehensive insight into the legal situation of unmarried cohabitees in Denmark, Finland, Norway and Sweden. Cohabitees are unmarried couples living together similarly to spouses, but mostly without the same legal security and certainty, as their situation is only in two of four countries regulated in statutory law. Contrary to the intense cooperation
that took place between Denmark, Norway and Sweden in the early 1910s preparing new marriage laws, there has been no cooperation at all regarding the legal status of unmarried cohabitees. That makes it an interesting area for comparative research especially.

The report begins with general depictions of the legal structure in each country and carries readers through to end with suggestions for improvement of the law. It illustrates how, in the status quo of the law, cohabitees meet various statutory limits when arranging their family life; most markedly in respect of property, contract and inheritance law. Touching upon the interplay between the status quo of the law and the personal autonomy of persons to organize
their own family life, authors highlight the most problematic issues of the law applicable to unmarried cohabitants in each country. They provide qualified suggestions to meet these issues as they conclusively call for further statutory legislation to provide all the necessary tools to protect weaker cohabitees and exposed children.
The Nordic Legal Research Group is a project on initiative of four Nordic groups of The European Law Students’ Association (ELSA) in which 11 students gathered throughout 2019 to author this collective report. While written purely by students, the report is a product of close cooperation with three university professors as well as three doctoral candidates specialized within Nordic family law. In particular, the research framework has been developed
by esteemed Family law Professor Ingrid Lund-Andersen while a further group of academics have supervised the process. She pronounces it “an impressive research work prepared by students in their spare time [which] can be useful for legal practitioners, academics at universities as well as for politicians and lawmakers.”. 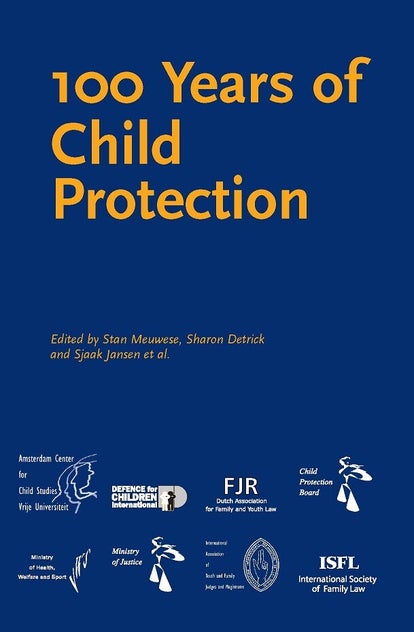 Children in need are the concern of parents, professionals, policymakers, society and, last but not least, of children themselves. Children in need, including children who cause serious problems, are entitled to protection and assistance. What is the future of child protection? In 1905, legislation on children and people came into force in the Netherlands: a law concerning the removal of children from parental care and control: a juvenile justice act: and a law on child protection measures. In the same period, similar laws were adopted in other European countries. The Century of the Child, declared by Ellen Key, had just begun. One hundred years later it is time for retrospection, and for reflection and new perspectives, taking guidence from the Convention on the Rights of the Child. This important international human rights treaty was adopted by the General Assembly of the United Nations on 20 november 1989, and provides standards and procedures that should form the minimum basis for the protection of children.

In this book, professionals from a variety of disciplines share their ideas, experiences solutions and visions, concerning the past and the future, between East and West, and North and South. The book concludes with a set of inspiring recommendations and principles for everyone working with and for children to fully realise the right to child protection. 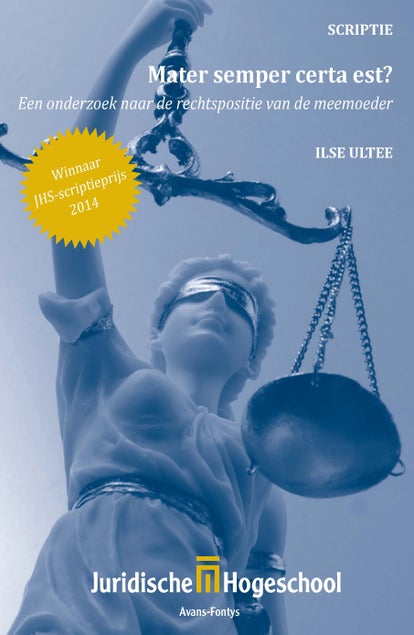 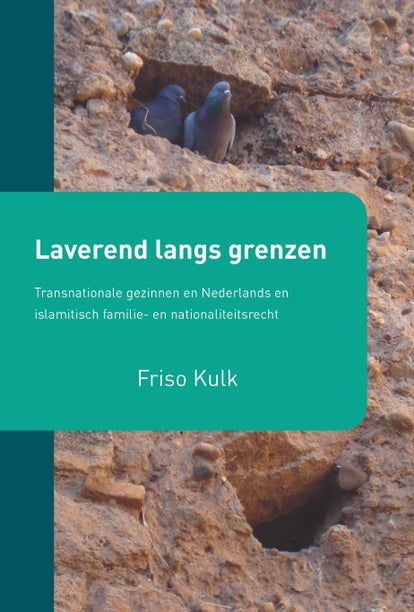 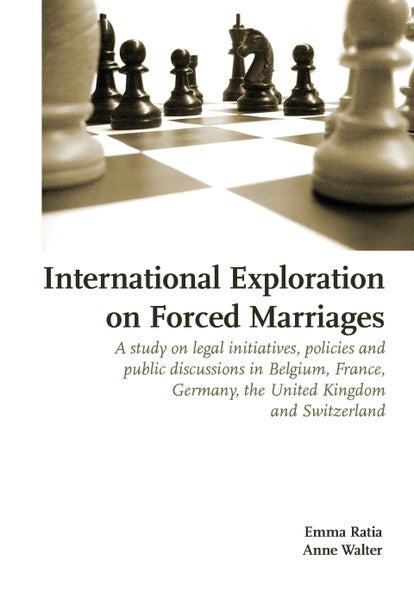 Towards the end of 2008, news audiences in the United Kingdom followed the story of Humayra Abedin, a 33-year-old NHS doctor from East London who was allegedly being held captive in her native Bangladesh by her parents who planned to force her to marry a husband they deemed suitable for her. Abedin sought help, and returned to the United Kingdom on the 16th of December after the High Court had issued an injunction ordering the parents of Abedin to free her. This story does not stand alone: most Western European countries know of similar cases. According to Razack, such cases have signalled the beginning of European legal involvement in the area of forced marriages. Since the 1990s, forced marriage has become a hot political issue in several European countries. 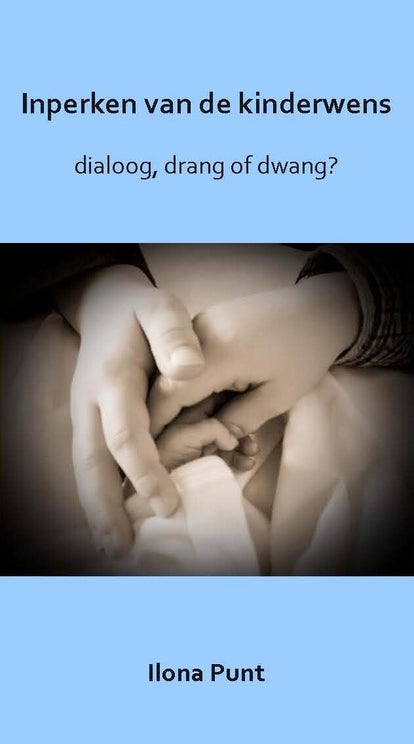 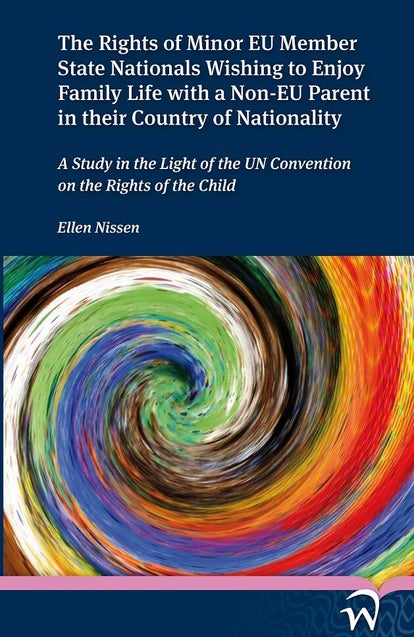 On 29 November 2012 Ellen Nissen was awarded the Hanneke Steenbergen scriptieprijs. This prize is awarded each year for the best thesis on migration law. The foundation and the prize bear the name of Hanneke Steenbergen. During her life Hanneke Steenbergen taught migration law at the University of Leiden and was highly dedicated to the promotion of education on migration law. Her publications made a significant contribution to this field of law. After she passed away in June 2001 her family, friends and colleagues decided to establish a foundation, the primary purpose of which it is to award a yearly prize stimulating research and interest in migration law issues.   This book adopts a child rights perspective in order to analyse and provide insight into the case law of the Court of Justice of the European Union and the European Court of Human Rights. Focus lies on the specific situation of children who wish to enjoy family life in their home country with a parent from outside the EU. It aims to assess whether, and to what extent, their right to family life and right to abode by virtue of their nationality are taken into account by the Courts.   ‘…a thesis that, in addition to offering a very strong legal analysis, has such a practical range that it could be used as a handbook by anyone working with these issues.’   Jury Report Hanneke Steenbergen scriptieprijs 2012 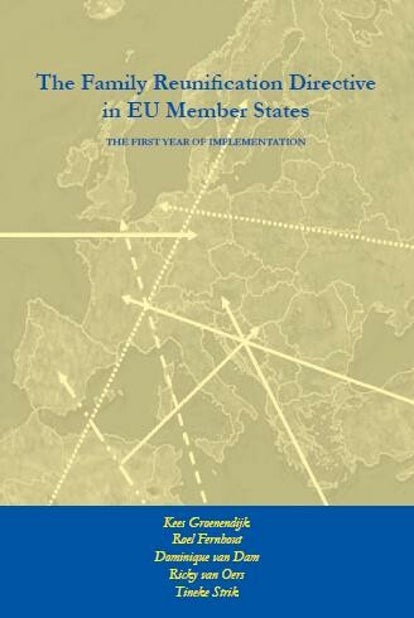 The Family Reunification Directive is the first major directive on legal migration adopted by the Council of Ministers after the Treaty of Amsterdam entered into force. The experience with the implementation of this Directive gives interesting information on the development of the national policy of the Member States on migration. Moreover, this book provides information relevant for the implementation of other directives on migration, and for the negotiations on proposals for future directives in this field.

Family Reunification: a barrier or facilitator of integration? 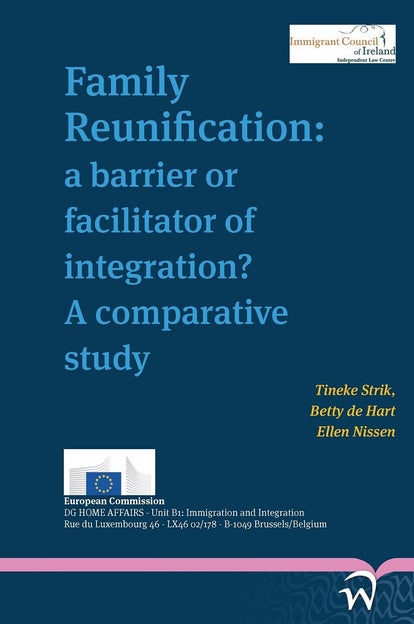 Family Reunification: a barrier or facilitator of integration?

This publication presents the outcome of a comparative study on family reunification policies in six EU Member States: Austria, Germany, Ireland, the Netherlands, Portugal and the United Kingdom. The study examined the way in which family reunification policies have developed over the past decade and the positions governments have adopted regarding four main requirements: income, pre-entry test, age and housing. Furthermore, the study analyses the application of these requirements in practice and how their application is perceived by the family members. Based on statistics and interviews, the authors draw  conclusions on the impact of the applicable requirements on migrants and their family members in the Member States included in this study. Considering the recognition at EU level that family reunification is regarded as beneficial to the integration of migrants, this study seeks to clarify whether or not national policies serve to promote or hinder family reunification and contribute to the integration of migrants and their family members. 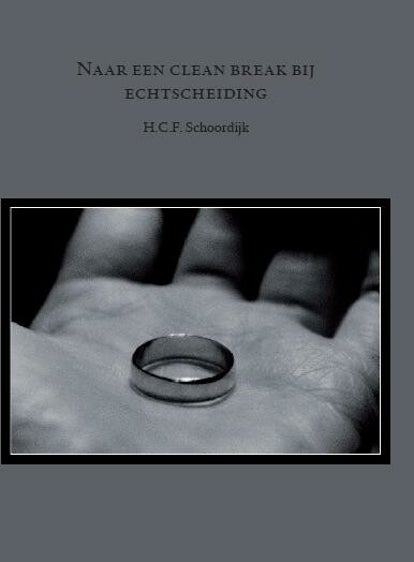 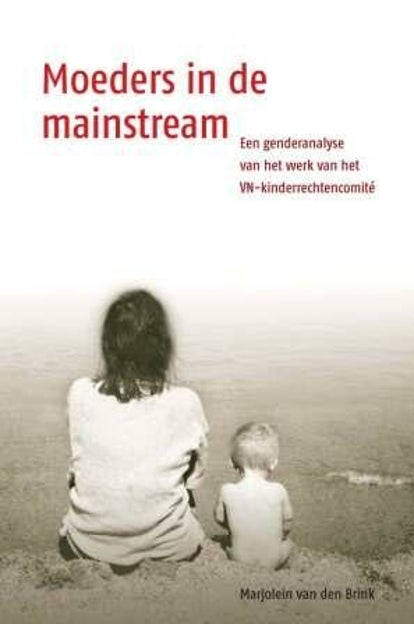 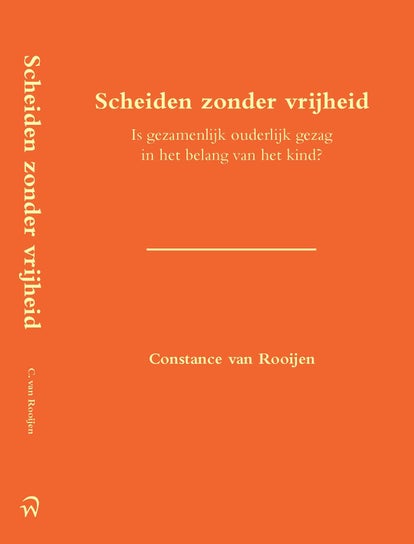 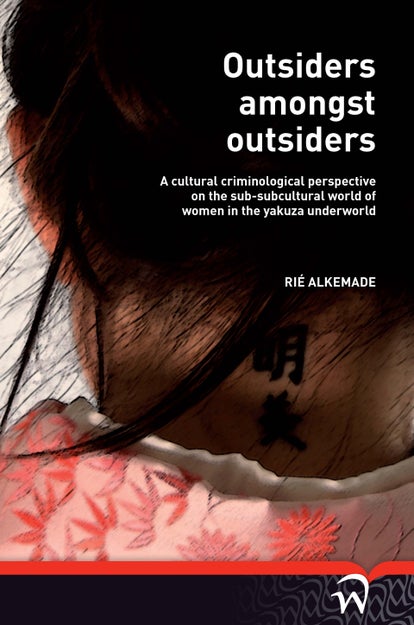 This research explores a lesser-known aspect of the infamous yakuza subculture: the wives. Implementing a triangulation of methods and embracing a cultural criminological perspective, this thesis aims to discover the roles, influences, and positions of these women in this overly patriarchal criminal society. Traveling across the yakuza pyramid, this thesis seeks to understand these women’s subjective perceptions regarding their own positions and how they express these perceptions through popular media depictions. This study reveals that unlike Western mafia wives, yakuza wives have remained outside the sphere of criminal activity in this organized crime structure, remaining in the passive emotionally and financially supportive role. This research further explores the ways in which these women have adapted to their set circumstances by creating a parallel shadow subculture, an exclusively female ‘subsubculture` within the yakuza itself in which they create a sense of solidarity, pride, and confident identities by adopting and mimicking the yakuza rituals and customs as their own.

Pakistani Marriages and the Private International Laws of Germany and England 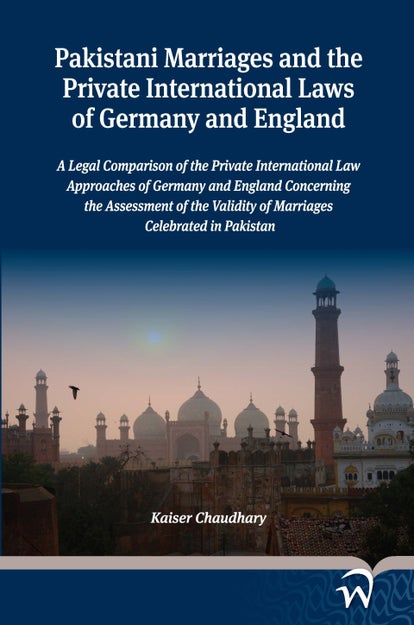 Pakistani Marriages and the Private International Laws of Germany and England

During the last decades, massive migration from Asia and Africa to European countries took place. Migrants from these continents, entering Europe, brought their language, their culture and habits, but also their legal traditions with them and, in this way, their (legal) values were introduced to European societies.

In private international law, and more precisely in international family law, century-old core values of the receiving States meet with major values of immigrants. The public debates on the application of religious laws and traditions in Europe are often very emotional, e.g. the burka-ban in France, the minaret referendum in Switzerland or the debate in Germany on the circumcision of Muslims and Jews. However, with regard to marriage, one cannot alter the fact that one can be married abroad, and thus one would also like their foreign marriage to be recognized in the new country of domicile.

This book explores Pakistan, a country whose legal system raises many questions with respect to international family law matters, in particular in relation to marriages celebrated in Pakistan. It is known that Pakistan is a country with a huge Muslim population. However, it is not well established which laws are applicable to marriages of Muslims in Pakistan and too little is known about which laws are applicable to other religious groups.

The past and future migration of Pakistanis to Germany and England has inspired the interest in the topic of this book and the ambition to undertake an analysis of how the private international law of England and Germany deals with marriages celebrated in Pakistan. Next to its theoretical and scientific contribution, this book provides an essential resource of information for professionals that deal with Pakistani marriages, like barristers, civil servants and the judiciary.

The author, Kaiser Chaudhary, will defend his thesis on 22 december 2014. 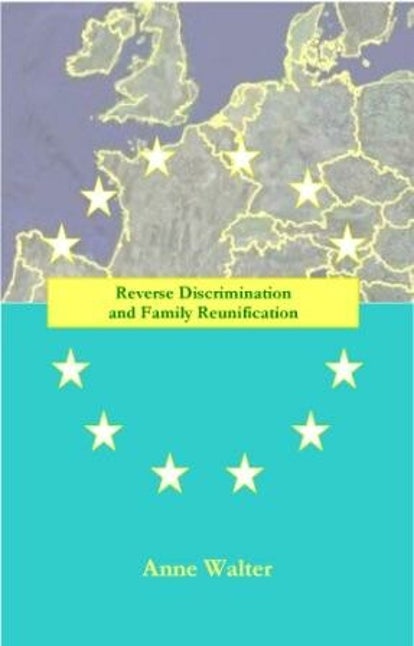 This study has been presented at a conference in October 2008 in Osnabrück.

Introduction
So-called reverse discrimination occurs when EU Member States treat their own nationals less favourably than nationals of other Member States in situations where Community law applies. This phenomenon (discrimination of nationals or in German Inländerdiskriminierung) signifies that (in reverse) nationals and not foreigners are discriminated against. The term ‘EU citizen’ in this study describes mobile EU nationals exercising their freedom of movement rights. This phenomenon, known in various areas of European law and sometimes leading to odd results, is defined differently from a European or national law perspective.

Table of Contents
Reverse Discrimination and Family Reunification – from a phenomenon to a problem
PART ONE
The Dutch model
The German model
The Austrian model
The Belgian model
Conclusion: The diversity of national solutions
PART TWO
Legitimacy of Reverse Discrimination vs. Union citizens
The question of the applicability of fundamental freedoms
The role of the Citizenship of the Union in a changing EU
The nature of the prohibition of discrimination arising from
Article 12 EC 40 ‘Old’ and ‘new’ competencies of the Community: the Area of Freedom Security and Justice without internal borders
Holders of dual citizenship: nationals as Union citizens or third-country nationals?
Conclusion: Does Community law permit ‘second-class’ Union citizens?
PART THREE
The Prohibition of Discrimination and the Right to Family life Conclusion: The enhanced role of international instruments
OUTLOOK Nec temere nec timide: On the path to a legal solution 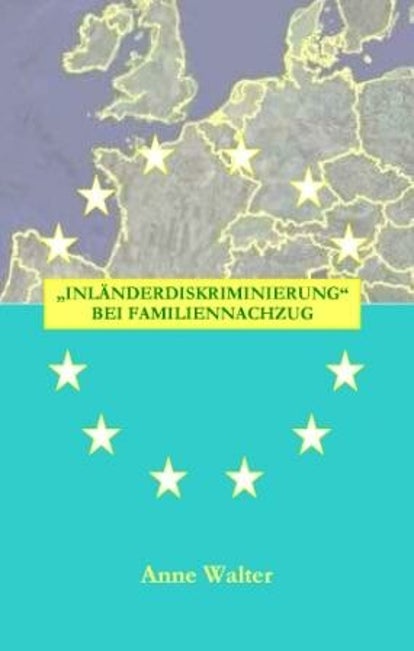 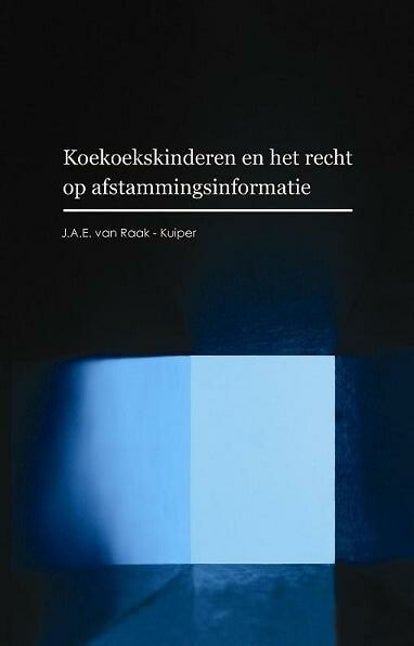