A refugee, generally speaking, is a displaced person who has been forced to cross national boundaries and who cannot return home safely. Such a person may be called an asylum seeker until granted refugee status by the contracting state or the United Nations High Commissioner for Refugees (UNHCR) if they formally make a claim for asylum. The lead international agency coordinating refugee protection is the United Nations Office of the UNHCR. The United Nations has a second office for refugees, the United Nations Relief and Works Agency (UNRWA), which is solely responsible for supporting the large majority of Palestinian refugees.

In 1967, the definition was basically confirmed by the UN Protocol Relating to the Status of Refugees.

The Convention Governing the Specific Aspects of Refugee Problems in Africa expanded the 1951 definition, which the Organization of African Unity adopted in 1969: "Every person who, owing to external aggression, occupation, foreign domination or events seriously disturbing public order in either part or the whole of his country of origin or nationality, is compelled to leave his place of habitual residence in order to seek refuge in another place outside his country of origin or nationality."

The 1984 regional, non-binding Latin-American Cartagena Declaration on Refugees includes: "persons who have fled their country because their lives, safety or freedom have been threatened by generalized violence, foreign aggression, internal conflicts, massive violation of human rights or other circumstances which have seriously disturbed public order."

As of 2011, the UNHCR itself, in addition to the 1951 definition, recognizes persons as refugees: "who are outside their country of nationality or habitual residence and unable to return there owing to serious and indiscriminate threats to life, physical integrity or freedom resulting from generalized violence or events seriously disturbing public order."

European Union's minimum standards definition of refugee, underlined by Art. 2 (c) of Directive No. 2004/83/EC, essentially reproduces the narrow definition of refugee offered by the UN 1951 Convention; nevertheless, by virtue of articles 2 (e) and 15 of the same Directive, persons who have fled a war-caused generalized violence are, at certain conditions, eligible for a complementary form of protection, called subsidiary protection. The same form of protection is foreseen for displaced people who, without being refugees, are nevertheless exposed, if returned to their countries of origin, to death penalty, torture or other inhuman or degrading treatments.

According to the 1951 Convention Relating to the Status of Refugees, a refugee is a person who ‘Owing to a well-founded fear of being persecuted for reasons of race, religion, nationality, membership of a particular social group, or political opinion, is outside the country of their nationality, and is unable to or, owing to such fear, is unwilling to avail him/herself of the protection of that country.’The concept of a refugee was expanded by the Conventions’ 1967 Protocol and by regional conventions in Africa and Latin America to include persons who had fled war or other violence in their home country. A person who is seeking to be recognized as a refugee is an asylum seeker. Refugees are identified as a legal group in response to the large numbers of people fleeing Eastern Europe following World War II. The lead international agency coordinating refugee protection is the Office of the United Nations High Commissioner for Refugees (UNHCR), which counted 8,400,000 refugees worldwide at the beginning of 2006. This was the lowest number since 1980. The major exception is the group of 4,300,000 Palestinian refugees under the authority of the United Nations Relief and Works Agency for Palestine Refugees in the Near East (UNRWA), who are the only group to be granted refugee status to the descendants of refugees according to the above definition.

The U.S. Committee for Refugees and Immigrants gives the world total as 62 refugees and estimates there are over 34,000,000 displaced by war, including internally displaced persons, who remain within the same national borders. The majority of refugees who leave their country seek asylum in countries neighboring their country of nationality. The "durable solutions" to refugee populations, as defined by UNHCR and governments, are: voluntary repatriation to the country of origin; local integration into the country of asylum; and resettlement to a third country. The status of refugees has become very important due to the increasing number of refugees all over the world. Developing and maintaining legal frameworks on their status has proven to be an essential topic in national as well as international law. Clarity and transparency are major issues in this legal area, for refugees do not have similar access to information as ordinary citizens of a country. Therefore, a detailed global collection on existing legislation is highly important in the legal arena.

With these publications, we have tried to provide the first stepping stone towards a more structured and accessible framework of legislation on refugees.
If you want to order these books or need more information please send an mail to: info@wolfpublishers.nl 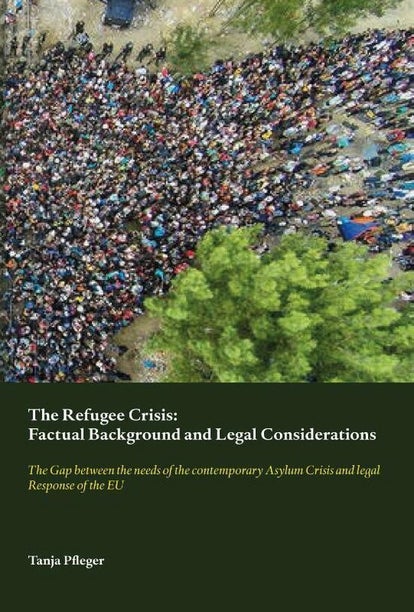 Since humans’ existence, there have always been people fleeing. Throughout human history their numbers have not decreased, but instead, quite the contrary: the world community has at all times been and is now particularly challenged by the prospect of helping the people in need of protection across borders. It is very important to be aware of the fact that refugee and asylum issues involve countless individuals’ lives. In these pursuits, legislation and its implementation often affect human beings in a very immediate and profound way. In 2015, refugee and asylum issues topped headlines all over the world and especially in Europe. All sectors of society and levels of government discussed the matter. Politicians have been trying to find a proper solution ever since, which has turned out to be a very difficult pursuit as they all have different solutions in mind. Conservative or open-minded in their respective state approach towards refugees, everybody has had to obey the law. In this book the author presents an overview of the current asylum crisis. Although legislation and regulations will be explained, this book is designed for beginners in this field and laypeople as well. The first part scrutinises the origins of the asylum crisis and the routes of displaced people who aim to reach Europe, and what obstacles they have to face therein. The second part provides an introduction to international and European refugee and asylum legislation in an overview and how the handling of persons in need of international protection by authorities in factual reality deviates from the legal requirements. The third part describes measures the European Union has taken to tackle the crisis. 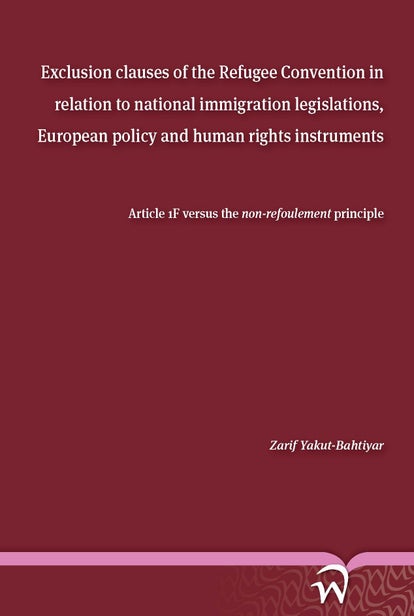 Article 1F of the Refugee Convention excludes persons with respect to whom there are serious reasons for considering that they have committed a crime against peace, a war crime or a crime against humanity, a serious non-political crime outside the country of refuge prior to their admission to that country as a refugee or acts contrary to the purposes and principles of the United Nations. A 1F applicant loses any protection which would have been available under the Convention and, consequently, becomes ineligible for a residence permit under asylum. Though the exclusion of an asylum seeker basically leads to expulsion, this may be impossible to execute due to legal obstacles such as the non-refoulement principle. According to this principle, no one should be returned to a country where he fears for his life or freedom.

This book is the result of a study into Article 1F, including an in-depth focus on the post-exclusion phase from a national and European perspective. In this study, the author is seeking solutions regarding the dilemmas surrounding the position of non-removable excluded asylum seekers. With its description of the applicable law as it stands, its theoretical framework and comparative elements, this research is valuable to legal practice and contributes to the continual debate regarding the possibilities and limits of developing a Common European Asylum System. 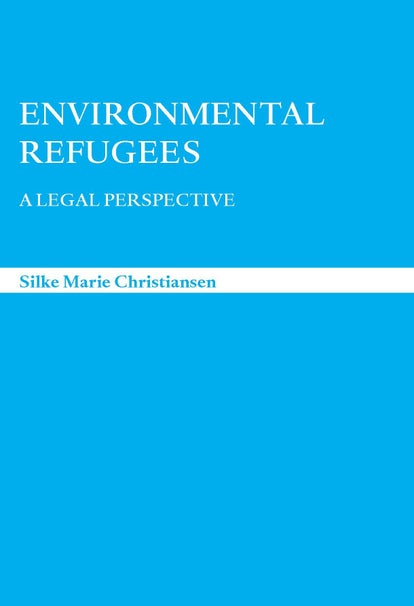 Climate change is primarily associated with its physical outcomes like extreme weather events, rising sea levels and desertification. However, these climatic impacts do not only pose a threat to the environment, natural habitat and biodiversity but also to society.

The author arrives at the conclusion that in a globalized world the facts have mingled. The duties and responsibilities in international law are growing stronger as the world grows together. However, the different bodies of international law need to adjust to this new reality still, until now they stand relatively isolated side by side.

Silke Marie Christiansen completed her legal studies at the Humboldt University in Berlin before she attended the masters program in environmental law at the University of Lüneburg. The thesis was submitted as her master thesis. She won a sponsorship award from the Sponsoring Association to the Masters Degree Program of Environmental Law at the University of Lüneburg (VMU) for this work. Currently she holds a scholarship from the Deutsche Bundesstiftung Umwelt to write her doctoral thesis in international environmental law.