Sea law, admiralty law or maritime law is a body of law that governs nautical issues and private maritime disputes. Admiralty law consists of both domestic law on maritime activities, and private international law governing the relationships between private parties operating or using ocean-going ships. While each legal jurisdiction usually has its own legislation governing maritime matters, the international nature of the topic and the need for uniformity has, since 1900, led to considerable international maritime law developments, including numerous multilateral treaties.

Admiralty law may be distinguished from the Law of the Sea, which is a body of public international law dealing with navigational rights, mineral rights, jurisdiction over coastal waters, and the maritime relationships between nations. The United Nations Convention on the Law of the Sea has been adopted by 167 countries and the European Union, and disputes are resolved at the ITLOS tribunal in Hamburg.

International Law of the Sea Series

On the 1st of November 1967, the Ambassador Arvid Pardo of Malta addressed the General Assembly of the United Nations and called for “an effective international regime over the seabed and the ocean floor beyond a clearly defined national jurisdiction”. This led to the convening, in 1973, of the Third United Nations Conference on the Law of the Sea. The United Nations Convention on the Law of the Sea entered into force on 16 November 1994. A subsequent Agreement relating to the implementation of Part XI of the Convention was adopted on 28 July 1994 and entered into force on 28 July 1996.This Agreement and Part XI of the Convention are to be interpreted and applied together as a single instrument.

The International Tribunal for the Law of the Sea is an independent judicial body established by the Convention to adjudicate disputes arising out of the interpretation and application of the Convention. The Tribunal is composed of 21 independent members, elected from among persons enjoying the highest reputation for fairness and integrity and of recognized competence in the field of the law of the sea. The jurisdiction of the Tribunal comprises all disputes submitted to it in accordance with the Convention. It also extends to all matters specifically provided for in any other agreement which confers jurisdiction on the Tribunal.

Currently, the following volumes are available:

The International Tribunal for the Law of the Sea Collection

Even in the middle of the ocean, the law is in action. Legal experts are constantly needed to interpret the laws established by United Nations Convention on the Law of the Sea. Thus, the International Tribunal for the Law of the Sea (ITLOS) was established in 1994 as an independent body in Hamburg, Germany to deal with international maritime disputes. The Convention on the Law of the Sea established a comprehensive legal framework to regulate all ocean space, including its uses and resources. It contains provisions relating to territorial waters, contiguous zones, continental shelves, exclusive economic zones, and the high seas. It also provides for the protection and preservation of the marine environment, for scientific marine research, and for the development and transfer of marine technology. One of the most important parts of the Convention concerns the exploration for and exploitation of the resources of the ocean floor and its subsoil.

The reader is provided with an extensive overview of applicable international legislation of the law of the sea.

In this multi-volume collection, the basic Agreements and Treaties governing the establishment of the Seabed Authority and its work are being presented. In the constituent volumes, the annual sessions are presented in chronological order, making the collection useful for anyone working in the area of maritime law. The seabed and ocean floor as well as the subsoil that are beyond the limits of any national jurisdiction are governed by the UN Convention of the Law of Sea. This area, some 200 nautical miles from baselines along the shore into the ocean is subject to international regulation.

In some cases this distance is 350 nautical miles offshore, depending on the natural prolongation of the continental shelf of the territory concerned. The International Seabed Authority and its Parties are in charge of organizing and controlling this area, especially with regard to the distribution of (mineral-related) resources. Established under the UN Convention on the Law of the Sea in 1994, the Seabed Authority is an autonomous international organization with a headquarters in Jamaica (Kingston).

The Seabed Authority is a multi-organ treaty organisation, comprising of an Assembly, Council, Legal and Technical Commission, Finance Committee and Secretariat. In the Assembly, all members are represented, whereas the Council consists of 36 elected members. The Endowment Fund to Support Collaborative Marine Scientific Research, established in 2006, provides aid to scientists from developing countries in order to make it possible for them to participate in deep-sea research and to promote collaborative research. The Secretariat facilitates activities of the Seabed Authority.As a legislative and controlling body, the Seabed Authority has issued several regulations governing the mining of natural resources. In addition to this work, the Seabed Authority offers a range of annual workshops on various aspects of seabedexploration, emphasizing the protecting of the marine environment and conducts technical studies on, amongst others, biodiversity.

Private parties as well as public corporations are contracted to explore and, eventually exploit, specified areas for mining operations into deep seabed mineral resources. Current exploration areas are currently concentrated in the Equatorial North Pacific, Ocean south and southeast of Hawaii. The Central Indian Basin in the Indian Ocean is also being explored. Although hopes were high that the Seabed Authority would result in an even distribution of revenue for the exploiting countries and the Seabed Authority alike, the costs for deep sea mining are still too high. Furthermore, the USA is the only major maritime power that has not ratified the UN Convention on the Law of the Sea but has the most advanced ocean technology in the world.

In this multi-volume collection, the basic Agreements and Treaties governing the establishment of the Seabed Authority and its work are being presented (volume 1 and 2). In the constituent volumes, the annual sessions are presented in chronological order, making the collection useful for anyone working in the area of maritime law. 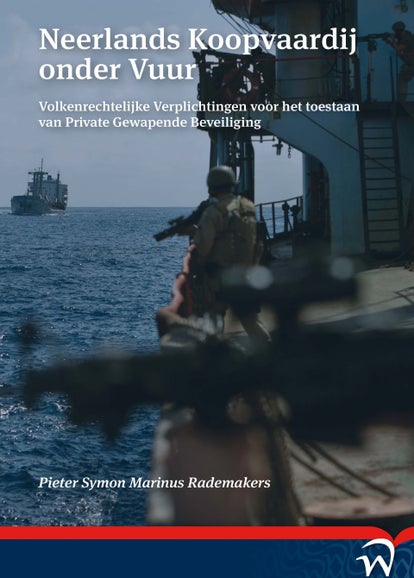