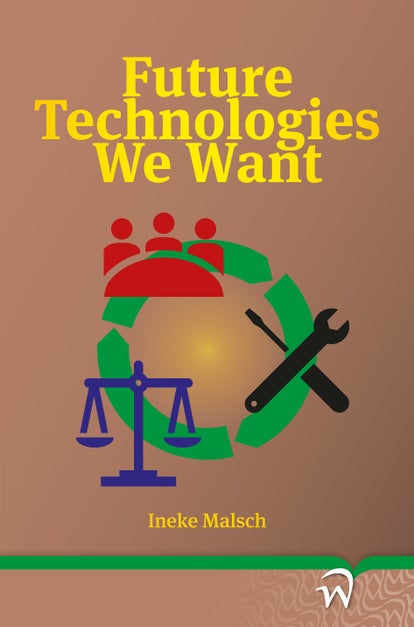 The Rio+20 United Nations Conference on Sustainable Development concluded with the outcome document “The Future We Want”, endorsed by the UN General Assembly in June 2012. Three years later, the UN General Assembly adopted the Sustainable Development Goals 2030, with special emphasis on the role of science and technology.
This book explores how governments and stakeholders can cooperate in governing emerging technologies contributing to this common future.
Three cases are presented where technology plays a role in a societal context relevant to sustainable development. In the first case, technology could offer solutions to violent social conflicts over mining. In the second case, biotechnologies and life sciences cause biosecurity risks, which could be solved by engaging citizens in social solutions for strengthening biosecurity governance. In the third case, drone technology has recently entered civil as well as military markets, giving rise to many legal, ethical and social questions and uncertainties. At this stage, the technology is still flexible and could be shaped through value sensitive design.
The rest of the book presents a 3-dimensional approach to international sustainable and responsible innovation, combining legal, technical and social fixes. Legal fixes include international constitutional and legal chance, culminating in a global parliament and dual national and global citizenship, inspired by the philosophers Habermas and Kant. Its implications are compared with less revolutionary proposals for institutional reform, soft law and voluntary self-regulation. Technical fixes include value-sensitive design of technologies and products, as well as the use of computer-models and decision support tools. Social fixes include public dialogue about norms and value-differences between cultural and religious communities.

The dialogue rules are inspired by communitarian thinkers and by the subsidiarity principle, that decisions should be taken as close as possible to the persons affected by them.
The book ends with an overview of current international good practices among all engaged stakeholder groups contribute to more sustainable and responsible technology development. Finally, it offers concrete suggestions for joining the common endeavour to construct the Future Technologies We Want.

Ineke Malsch (Utrecht, 1966) graduated in physics at Utrecht University, the Netherlands, and received a PhD in philosophy at the Radboud University Nijmegen, the Netherlands. Her PhD-thesis is entitled “Ethics and Nanotechnology. Responsible Development of Nanotechnology at Global Level in the 21st Century.” This book takes a different angle to the same issues, starting from societal needs in stead of technological impacts. 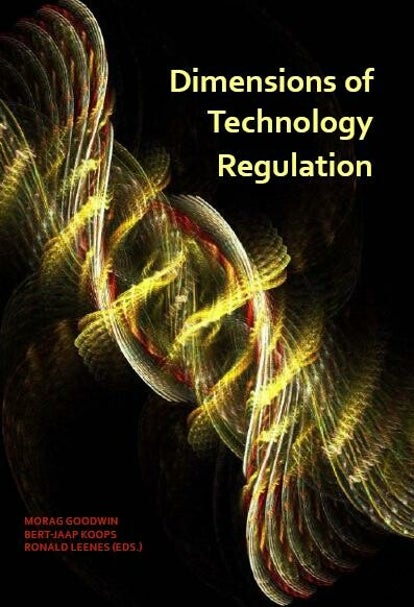 This volume represents the proceedings of an international conference organised by the Tilburg Institute for Law, Technology, and Society (TILT) in Tilburg, the Netherlands. Like the conference, it brings together a wide range of international scholars from a variety of disciplines to shed light on the multiple dimensions of technology regulation. The volume presents these different perspectives in an innovative way, visualising the emerging discipline of technology regulation as a multidimensional space.

This volume explores a range of issues in the fields of nanomaterials and nano-medicine, biotechnology, chemicals, and ICT, as well as overarching topics such as innovation regimes, risk governance, and responsive regulation. By grouping the analyses along four dimensions – type of technology, type of regulation, innovation, and time – this book allows both scholars and practitioners to explore the space of technology regulation along new lines and to identify new possibilities for regulatory action and future research.

Technological developments pose enormous challenges for regulators. Not only do regulators need to find an optimal balance between protecting fundamental values and public goods and the stimulation of creativity and innovation; but they need to do so in a way that keeps pace with the speed and pervasive nature of technological developments. Technology regulation is thus emerging as an important field of interdisciplinary research. This book charts the multifarious challenges of new technologies and possible regulatory responses from a multidisciplinary perspective. 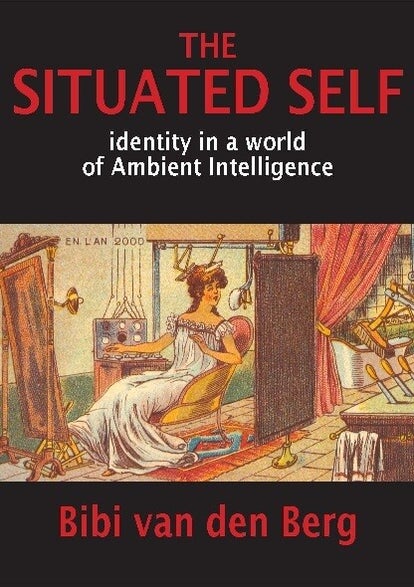 About the book:
At the end of the 1990s Philips, a consumer electronics company from the Netherlands, presented it technological vision of tomorrow`s world, called `Ambient Intelligence`. In this vision, networks of technology will be embedded into our everyday surroundings – hidden from view in our homes, our offices and even in public spaces. These networks will provide us with personalized services and information, adjusted to our individual wishes and needs, based on the context in which we find ourselves. What`s more, they will act proactively – they will not simply respond to a user`s wishes, but can `read` our needs and wants, and therefore even serve us with exactly the right information even before we knew we needed it.

In this book Bibi van den Berg, a philosopher of technology, analyzes the Ambient Intelligence vision and its early manifestations, as these are coming into being today, and investigates what the impact of these technologies would be on the ways in which individuals interact with one another and with the technologies themselves. She describes the way in which Ambient Intelligence technologies will shape and change our identities – the ways in which we construct a sense of self, and express and experience that sense of self.

About the author:
Bibi van den Berg (1975) holds an MA and a PhD in philosophy of technology and works at the Tilburg Institute for Law, Technology and Society (TILT) of Tilburg University. Her research interests include: the construction and expression of identities in relation to new technologies; privacy and identity in online environments and web 2.0; and social, legal and ethical issues raised by the advent of robotics.

Technologies on the stand 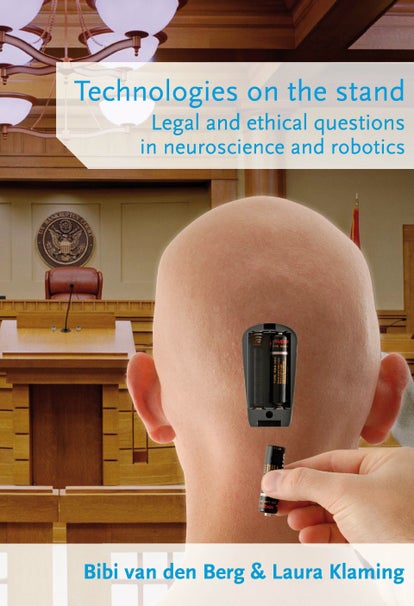 Technologies on the stand

Neurotechnologies, such as functional Mangetich Resonance Imaging and Deep Brain Stimulation, are currently mainly used in the health sector for research, diagnosis and therapy. But neurotechnologies could also be used for human enhancement, for instance to improve cognitive functions.

Moreover, insights from neuroscience are increasingly used for legal purposes, for instance to determine a suspect`s responsibility for his actions or to distinguish truthful from deceptive statements. These three domains of applciation raise different important ethical  and legal questions that require further discussion.

Similarly, the application of robotics and autonomous technologies in various (social) situations - the home, hospital environments, traffic and in war - raises a number of ethical and legal issues. These include questions such as: what are the ethical implications of applying robots in the health sector with regrad to our ideas about human dignity and autonomy?

What are the consequences of using robotics in war? And can we hold robots liable if they play an ever more important role in our daily lives?

This book, which was created in light of a conference on the topic that was held in the spring of 2011 at Tilburg University in the Netherlands, brings together 19 papers on the fascinating developments in neuroscience and robotics, and the legal, ethical and consequences these developments may have. 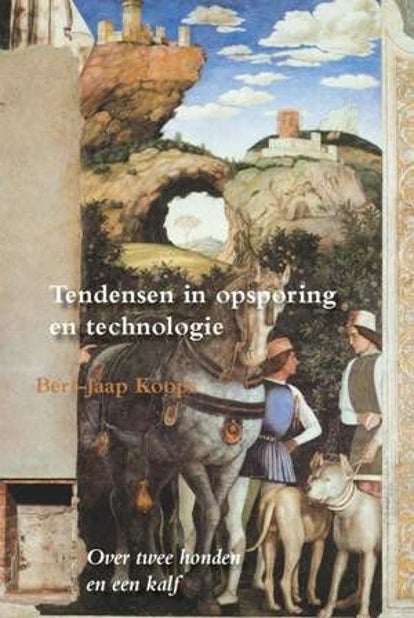 The Technology Criterion in Patent Law 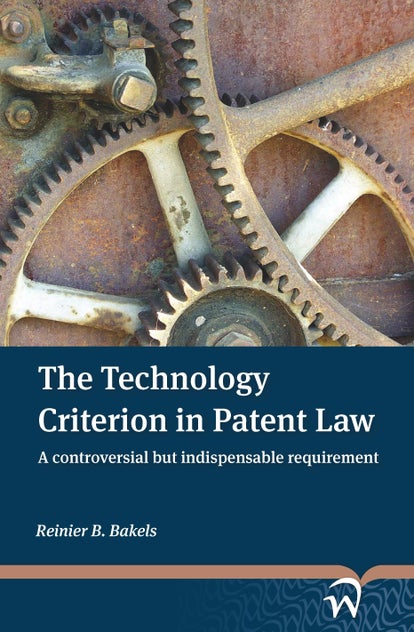 The Technology Criterion in Patent Law

Patenting allegedly non-technical subject-matter like software and business methods is controversial both from a political and a legal perspective. Political opinions about patents in these fields vary from "indispensable" to "disastrous". Lawyers complain about opaque rules that would violate statutes.

US law allows patents on non-technical subject-matter, but it excludes "abstract ideas", an exclusion that leads to remarkably similar controversies, again both at the political and the legal level.

Coincidentally, in 2010 both the Enlarged Board of Appeal of the European Patent Office and the U.S. Supreme Court addressed these problems, but unfortunately both failed to provide the clarification one had hoped for.

This book gives a unique explanation why patents logically should only be granted for technology, and how the technology concept should be interpreted in order to solve today’s controversies, both at the legal and the policy level.

Bridging distances in technology and regulation 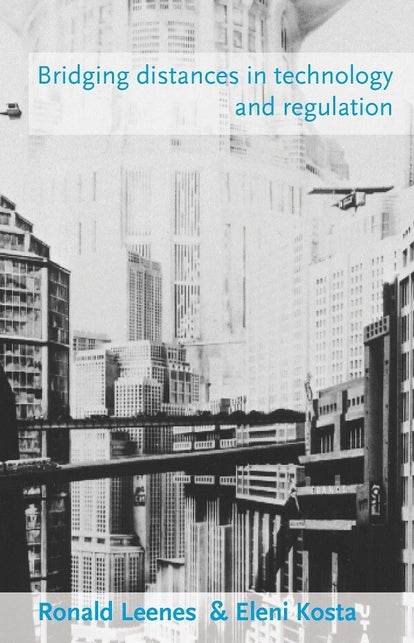 Bridging distances in technology and regulation

Information and Communication Technologies allow us to bridge space and time. New services and industries are constatnly being created and people no longer depend on the here and now for their development, but can tap into resources across the globe.

Cloud Computing, for instance, allows users to make use of remote services and store their data far from home. Healthcare increasingly makes use of diagnosis and care at a distance. Drones and remote cameras replace the physical presence of police and other vigilantes. Robots will increasingly be deployed to act on our behalf.

The mediation in space and time by technology also raises new questions. How will distance work out in daily life, in work, in friendships, and in care? How will people adjust tot he paradoxical distance and closeness created by technologies? Will the distribution of responsibilities and liability change if activities take place at distances in space and time in complex systems and global environments? What are best practices in multi-level governance to address the rise of distant interconnectivity?

This book, resulting from a conference in Spring 2013 at Tilburg University, brings together a collection of papers addressing the questions raised above. 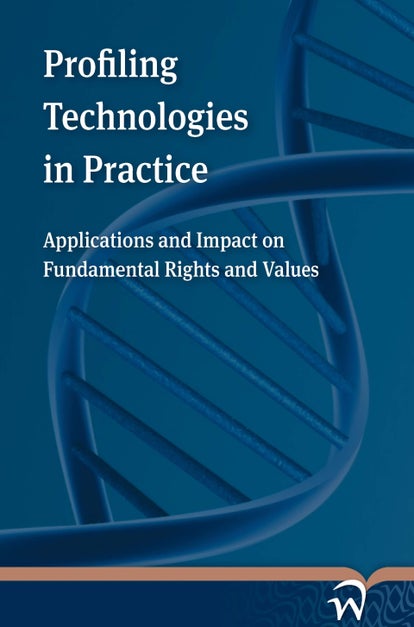 Applications and Impact on Fundamental Rights and Values

This volume presents the findings of some interesting research into profiling. The aim of the research has been to identify and tackle the challenges posed by profiling technologies to fundamental rights. The focus is on data protection, and the context is that of the European Union.

This volume testifies to the increased awareness of the far-reaching implications of profiling, notably with regard to democracy and the rule of law. Profiling confronts traditional understandings of fundamental rights with a new environment that is progressively contingent on data-driven applications and infrastructures. Profiling nourishes the advance of smart grids, smart cars and traffic management, remote e-health, personalized advertising and search engines, as well as data-driven fraud detection, policing, criminal justice and foreign intelligence.